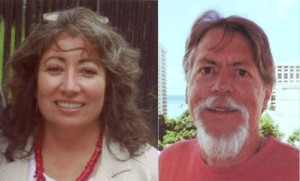 Who We Are and What We Do
Please visit here for information about the Marine Academy of Science and Technology. The creators and designers of the Field Research Class are Ms. Cheryl McDonald and Mr. David Alfonse.

What is Sandy Hook?
Sandy Hook is a barrier spit located in New Jersey. It is the northernmost beach along the Jersey Shore, and contains relatively pristine coastal ecosystems. Sandy Hook is frequently cited as what the Jersey Shore looked like before the onset of coastal development. Due to a military presence on the land since the late 1700′s, Sandy Hook has been protected from such development. The remaining elements of the military presence here include a United Stages Coast Guard base and a group of structures that make up Fort Hancock, the Army base that existed here from the late 1800′s through 1974.

What is a Herbarium?
An herbarium is, in essence, a collection of preserved plants. Plants are collected in the wild, then dried, pressed, and thusly preserved, predominantly for scientific use, including studying taxonomy, plant identification, and studying an area’s vegetation over time. These specimens are generally not viewable to the public, though our herbarium is.

Why a Sandy Hook Herbarium?
Because most of coastal New Jersey has been developed, there are few areas left with relatively pristine coastal ecosystems. By collecting such plants in the field, researching them, then posting them online, we can ensure that some sort of documentation for posterity will be extant.

Sandyhookherbarium.org has recently undergone construction which includes the addition of new plants, images, and new pages. We apologize for any errors you may encounter and are working hard to fix them while renovating the website. Thank you so much for your patience.